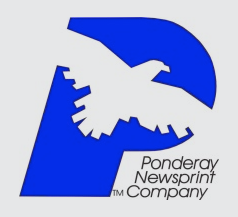 “As soon as we started to put in the Plattco S8- 0875 double flap valves on top of the ash receiver, we greatly improved the performance of the fly ash system.”
- Jim LeBlanc, Operations Technician, Ponderay Newsprint, Usk, WA

For nearly a decade, Jim LeBlanc, a long-time operations process leader at the Resolute Forest Products’ Ponderay Newsprint plant in Usk, WA, struggled to maintain uptime at the plant’s 40,000 pound per hour fluidized bed boiler. One major source of the mill’s problems with the boiler ash system: the use of a flawed valve design in original construction that didn’t seal properly and consequently repeatedly let moisture into the ash system that forced a shutdown.

“Sometimes we’d be down for days trying to fix the fly ash system,” LeBlanc said. “Because we have high moisture flue gas—between 25 and 30% moisture—the fact that our original valves didn’t seal properly meant that the fly ash would come in contact with moisture, and then harden and plug the system. We were basically forming concrete with the fly ash and moisture.”

When the system plugged, the Ponderay team would have to shut it down and tear out and replace the ash piping. “The piping in the system is really thick walled, “LeBlanc said. “So there was nothing easy about dealing with that piping after it got plugged with material.”

There were also many times when the leaks caused by the valves would lead to a loss of the vacuum in the system and then fly ash would fill up in the boiler. “At times, it took us days to evacuate the fly ash from the boiler. This was a really costly problem for the plant,” said LeBlanc, noting that downtime costs can be extensive.

It’s not surprising then that LeBlanc and the rest of the plant leadership team were determined to put their valve problems behind them. And that’s exactly what they did when the plant began replacing their existing single dump valves with Plattco double flap valves.

LeBlanc did extensive field research before identifying Plattco Double Flap Airlock® valves as the right solution. “Everywhere I went, I’d say 90% of the places had Plattco valves. Obviously, a lot of people swear by Plattco products and that sold me on the fact the company’s valves would be the best solution,” LeBlanc said.

And now LeBlanc, too, is a champion of Plattco products. “As soon as we started to put in the Plattco S8-0875 double flap valves on top of the ash receiver, we greatly improved the performance of the fly ash system,” he said. “In the two years before we put the Plattco valves in, problems with our valves caused five or six unplanned downtimes of between 12 and 48 hours each. Now we’ve got the Plattco valves in and they’re giving us a good airlock and they’re able to handle the volume when we operate at maximum capacity

“The upgrade to Plattco valves paid for itself quickly,” LeBlanc said. “The Plattco products are manufactured with long-lasting materials so they’re bulletproof and reliable. The simplicity of the design is a great advantage. They’re very easy to work on. We can remove and replace a flapper and seat in less than 30 minutes without taking the valve out of service.”

LeBlanc also is a champion of the Plattco team that backs up the valves. “Plattco provides great service, too,” he said. “They proactively call us and show us ways to improve our system and save money on maintenance.”

The Ponderay plant has set up a schedule to have the seats and flappers on the valves reground by Plattco experts to help the plant extend the life of the valves. Ponderay also plans to use the Plattco Field Service Program and have a trained technician come in and perform annual servicing.